A Layman’s Guide to Vitamin B6 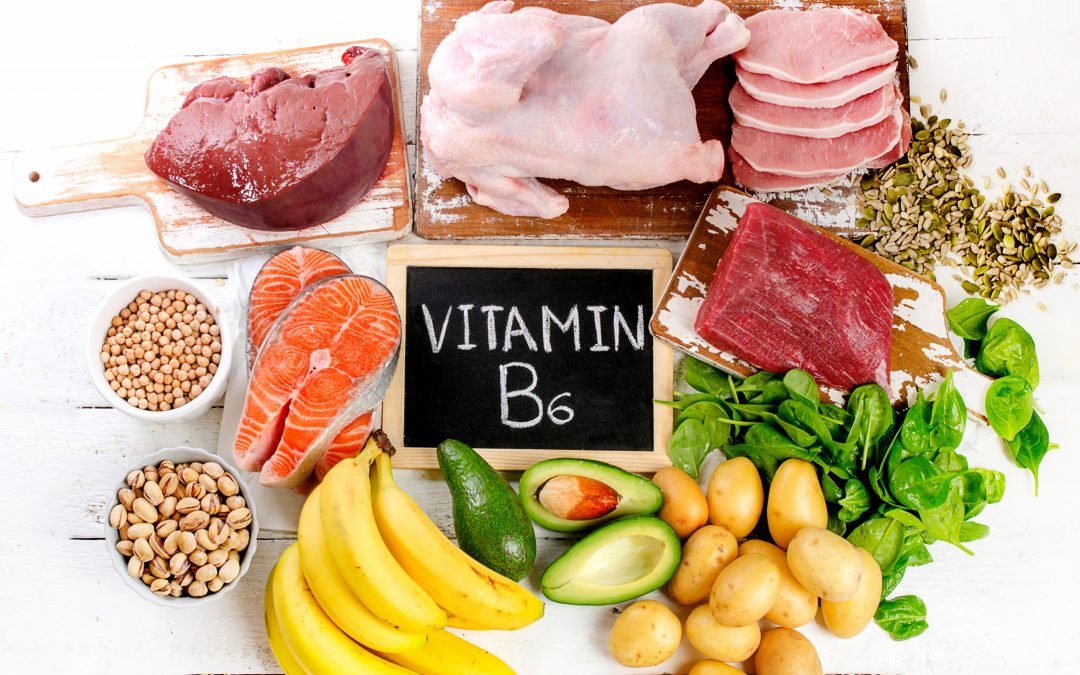 Vitamin B6, or pyridoxine, is an essential nutrient that helps maintain healthy skin, hair, nails and bones.

It is an important part of many body functions, including maintaining proper nerve function, helping the immune system fight infections and producing red blood cells.

It also plays a role in metabolism, which means that it affects how our bodies use energy.

Vitamin B6 is used to treat certain medical conditions, such as high cholesterol levels, migraines and insomnia. It is also used to help prevent some diseases, such as cancer and cardiovascular disease.

It is available in two forms: natural and synthetic. Natural sources of vitamin B6 include whole grains, beans, nuts, seeds and fish. Synthetic sources include supplements and fortified foods.

It is found naturally in some foods such as meat, poultry, eggs, milk, cheese and yogurt.

However, it is also added to other foods, such as breads, cereals, juices and soups. If you eat a lot of these products, you might not need to take a supplement.

Food Sources of Vitamin B6

Vitamin B6 is found in a variety of food sources such as:

It is found in animal products such as:

It is also found in fruits and vegetables such as:

Vitamin B6 can also be found in foods such as:

For vegetarians and vegans, nutritional yeast and soybeans are especially good sources.

Vitamin B6 is also available as a supplement.

Eating a varied diet that includes these food sources can help ensure that your body is getting enough of the vitamin.

The recommended daily intake of vitamin B6 for adults is 1.3 mg for men and 1.2 mg for women.

It is recommended that pregnant and breastfeeding women consume 1.9 and 2.0 milligrams respectively.

Health Benefits of Vitamin B6

Vitamin B6 helps the body to form hemoglobin and neurotransmitters, as well as aiding in the metabolism of proteins and carbohydrates. It is also important for cognitive development and mental clarity.

It aids chemical reactions in your immune system, favouring it to work better. Foods rich in B6 will help your body fight against infections. It helps maintain healthy nerve and red blood cells, helps with the formation of antibodies, assists in the metabolism of proteins and helps the body to produce energy.

It has also been found to help prevent certain cancers. In fact, studies show that people who consume higher amounts of vitamin B6 have lower rates of colon cancer than those who consume less.

Vitamin B6 helps maintain healthy nerve function and plays an essential role in the production of serotonin, a neurotransmitter involved in mood regulation. It’s also been linked to helping reduce symptoms of depression.

It is one of the most commonly used vitamins by dermatologists because it promotes healthy skin and hair. In fact, vitamin B6 deficiency can cause dry, scaly skin and brittle nails.

Vitamin B6 can help lower homocysteine levels, which is linked to a lower risk of heart attack and stroke.

Vitamin B6 deficiency can be a serious problem, as it can affect many of the body’s processes.

Common symptoms of B6 deficiency include:

In addition, many people with B6 deficiency may experience symptoms such as:

In severe cases, seizures, depression and problems with balance may occur.

If left untreated, B6 deficiency can lead to complications such as anemia, heart disease and nerve damage.

Vitamin B6 deficiency can be caused by the following:

Malabsorption can be caused by digestive problems such as:

Taking medications that interfere with how much B6 your body absorbs such as:

Vitamin B6 deficiency is usually treated with vitamin B6 supplements or dietary changes such as increasing water intake or eating more fruits and vegetables containing B6.

If you’re taking medication that causes vitamin B6 deficiency, it’s important to stop taking it until you’ve received treatment for your deficiency.

You may need to take vitamin B6 supplements or eat foods high in B6 until your body has completely recovered from the deficiency.

Side Effects of B6 supplements

Vitamin B6 supplements can have side effects and interactions.

Genetic Predisposition to Vitamin B6 Deficiency

Genetic predisposition to vitamin B6 deficiency is rare.

In some cases, you may be born with a genetic mutation that prevents your body from absorbing or using vitamin B6 efficiently. This can cause symptoms of B6 deficiency even if you eat enough food containing the nutrient.

If you have a genetic mutation that affects your ability to absorb B6, it’s unlikely that you’ll experience symptoms unless:

The most common genetic variation causing vitamin B6 deficiency is a gene that encodes the enzyme 7-dehydrocholesterol reductase. This enzyme is required to convert dietary vitamin B6 into its active form, pyridoxal phosphate (PXP). This deficiency can lead to neurological symptoms including poor memory, confusion and depression. This condition is also associated with skin rashes and fatigue.

This condition has been associated with deficiencies in other vitamins as well, including thiamine (vitamin B1), riboflavin (vitamin B2), niacinamide (vitamin B3), biotin (vitamin B7) and pantothenic acid (vitamin B5).