A Layman’s Guide to Dementia

Dementia is a term used to describe a group of symptoms associated with a decline in cognitive functioning. It can cause difficulty with simple tasks, confusion, memory loss and difficulty communicating. It is most common in people over 65, but it can also affect younger adults.

Dementia doesn’t represent a single disease; it is an umbrella term that covers a variety of conditions, such as Alzheimer’s disease, Lewy body dementia and vascular dementia.

While there is no cure for dementia, there are treatments that can help manage symptoms and improve quality of life. These include medications, cognitive therapies and lifestyle modifications.

The most common type is Alzheimer’s disease, which accounts for roughly two-thirds of all cases.

The other types include:

Each type has its own unique set of symptoms, which can range from difficulty with memory and thinking to changes in behaviour and personality.

It is important to note that dementia is not a normal part of aging and should be seen as a serious medical condition that requires proper diagnosis and treatment.

The stages of dementia are typically divided into three categories: mild, moderate, and severe.

Mild: In the early stages, symptoms may include memory loss, difficulty communicating and difficulty concentrating.

Moderate: As the disease progresses more noticeable changes to memory, thinking and behaviour will become apparent. These include impaired judgment, delusions and difficulty performing everyday tasks.

Severe: In the near-final stage patients may experience a complete loss of memory, inability to communicate and a decrease in motor skills.

The signs and symptoms of dementia can vary from person to person, but some of the most common symptoms include:

Dementia is a condition resulting from the damage or loss of nerve cells and their connections in the brain. Different regions of the brain being affected may lead to the manifestation of varying symptoms, and may show-up differently in each individual.

The exact cause is not fully understood, and in most cases a combination of factors is believed to be responsible.

Alzheimer’s Disease: It is considered the most common cause contributing to the condition.

Age: As we age, our brains are more vulnerable to the changes that can lead to the condition. But dementia is not an inevitable part of getting old.

Genetics: Certain genetic mutations can increase the risk of developing the condition.

Head injuries: Severe head injuries can lead to brain damage that can eventually cause dementia.

Diseases: Certain diseases, such as Vascular dementia and Parkinson’s Disease, can lead to the condition.

Stroke: A stroke can cause brain damage that can result in the condition.

Substance abuse: Alcohol and drug abuse can also cause brain damage that can lead to the condition.

Metabolic diseases: Liver and kidney diseases, vitamin B12 deficiency and underactive thyroid can lead to the condition.

Dementia diagnosis can be a challenging process, as there are multiple types of dementia and a range of symptoms that can vary from one person to another.

Diagnosis typically begins with physical and neurological examinations, followed by tests such as blood tests, urine tests and brain scans.

These tests can help rule out other possible causes of cognitive decline, such as stroke, brain tumours or vitamin deficiencies (B12).

Doctors may also ask questions about the patient’s medical history, lifestyle and any other contributing factors. Depending on the results of these initial tests, doctors may recommend further tests, such as a cognitive assessment or memory test.

Ultimately, the goal is to make a definitive diagnosis so that treatment can begin as soon as possible. It is important to remember that early diagnosis is key to successful treatment of dementia.

Currently, there is no cure for dementia. However, there are several treatments that can help improve a person’s quality of life. Treatment typically involves a combination of medication, therapy and lifestyle changes.

Medications can help reduce symptoms such as confusion and agitation, while therapy can help with communication and activities of daily living.

Lifestyle changes, such as diet and exercise, can also help to improve brain health.

It is important to remember that each person’s condition is unique, therefore it is wiser to leave it to your doctor to determine the best course of treatment.

There are many different medications that can be prescribed for dementia, and the best one for each individual will depend on their unique situation. However, some of the most commonly prescribed medications include:

Cholinesterase inhibitors – These drugs work by preventing the breakdown of a chemical called acetylcholine, which is important for memory and other cognitive functions.

Memantine – This drug works by blocking the NMDA receptor, which is thought to be involved in the development of Alzheimer’s disease.

Antidepressants – These drugs are often used to treat the symptoms of depression, which can be common in people with dementia. They may also help improve sleep and appetite.

Antipsychotics – These drugs are typically used to treat psychosis, which can be a symptom of dementia. They may also help with agitation and aggression.

Please be beware that the above-mentioned list was only to showcase the common treatment protocols associated with medication for dementia, and as such not an encouragement to self-medicate.

Can Dementia be Prevented?

Sadly, there is no way to prevent dementia.

While there are certain lifestyle factors that can reduce the risk of developing the condition, such as exercising regularly, eating a healthy diet, socialising and avoiding smoking & excessive alcohol consumption, these are not sure ways to prevent the condition.

Also, there are various genetic and environmental factors that can increase the risk of developing the condition, and these are beyond our control.

That being said, research is showing that early detection and intervention may help slow the progression of dementia in some cases.

If you are concerned about your risk of developing dementia, it is important to discuss this with your doctor. He/she may be able to professionally guide you or refer you to a specialist for further assessment.

Regular monitoring of cognitive function is also recommended for people at higher risk of developing dementia, such as those with a family history of the condition.

It is estimated that FAD accounts for less than 1% of all Alzheimer’s cases.

The onset of FAD is typically characterised by memory loss, confusion, difficulty with language and disorientation. As the disease progresses, people with FAD can experience more severe symptoms, such as personality changes and delusions.

There is currently no cure for FAD, but treatments are available to help manage symptoms and slow the progression of the disease.

What are The Possible Complications of Dementia?

People with dementia are at higher risk for developing a number of medical conditions such as heart disease, diabetes and stroke.

It can have a wide range of other possible complications, both short-term and long-term.

Some common short-term complications of dementia include:

Long-term complications may include:

It is important to note that not all people with dementia will experience the same complications, and it is possible to manage the condition with appropriate treatment and care.

Dementia is a broad term used to describe a decline in mental ability severe enough to interfere with daily life. It is typically marked by memory loss, difficulty thinking and reasoning, personality changes and a decrease in the ability to perform everyday tasks.

Although dementia is a progressive condition, there are many treatments available that can help slow its progression. It is important to get a diagnosis as soon as possible so that these treatments can be started early. 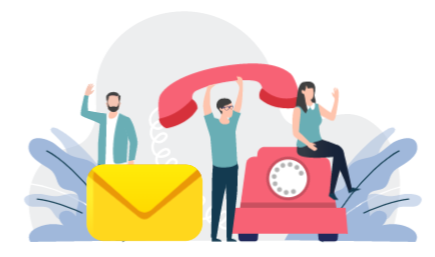